We regret that this years Eggstravaganza has been cancelled

Lions Clubs International were the catalysts to help the AAKSS, Air Ambulance Kent, Surrey & Sussex, to become the first HEMS (Helicopter Emergency Medical Services) in the UK to fly & save lives at night.

In 2007, Farnham Lions initiated the Eggstravaganza, to raise money for the (then) Kent, Surrey & Sussex Air Ambulance.  Cranleigh Lions were delighted to take part by extending the competition into our area. In December 2012, the  South East Lions District, of which Cranleigh Lions Club is part, launched an appeal  to raise £250,000 over 10 years to help support night flying equipment for the Air Ambulance.

Night flying equipment brings emergency medical care and vital transport to hospital, for 700 people each year that are unfortunate enough to need help during the hours of darkness. The appeal has paid for night vision helmets and googles, other specialist equipment and two ambulance cars that support the night medical service.  The  appeal was so successful, that the money pledged was raised in less than 5 years. Since then, Cranleigh Lions have raised many thousands of pounds from the Eggstravaganza, thanks to your generosity. 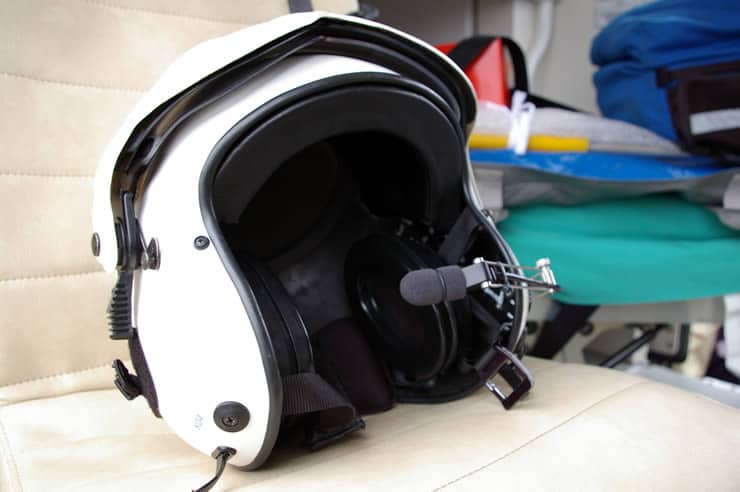 24 hour flying started in December 2013, and the Lions are proud to say that having helped AAKSS to achieve their objective to fly in the dark, we will continue to support them in their efforts to improve help for victims of traumatic accidents. Our next project is to provide a portable brain scanner, which can detect blood in the brain at the scene of an accident. Discovering this type of injury gives the medical team more chance of saving a life, as the patient can be flown immediately to a specialist hospital.

Eggstravaganza is your chance to win a huge Easter egg complete with a fluffy lion for just £1! 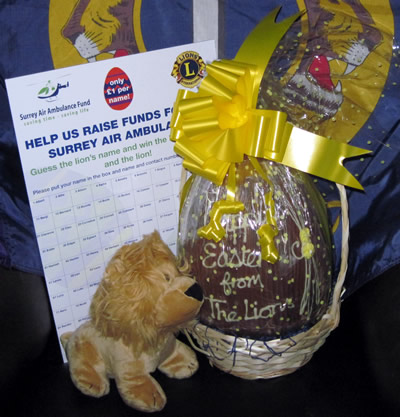 Proceeds from the Eggstravaganza are passed to our Lions South East District AAKSS Trust appeal.

The start date for the next Eggstravaganza will be announced shortly.

To enter the competition, just visit one of our supporting outlets (which will be announced shortly), over the Easter period and buy one or more names at £1 per name. If you are a lucky winner we’ll contact you and arrange getting your egg and lion to you.

A big thank you from the Cranleigh Lions to all the businesses and organisations selling tickets on our behalf. 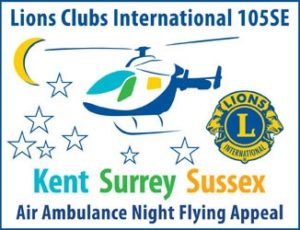 This website uses cookies to improve your experience while you navigate through the website. Out of these, the cookies that are categorised as necessary are stored on your browser as they are essential for the working of basic functionalities of the website. We also use third-party cookies that help us analyse and understand how you use this website. These cookies will be stored in your browser only with your consent. You also have the option to opt-out of these cookies. But opting out of some of these cookies may affect your browsing experience.
Necessary Always Enabled
Necessary cookies are absolutely essential for the website to function properly. This category only includes cookies that ensures basic functionalities and security features of the website. These cookies do not store any personal information.
Non-necessary
Any cookies that may not be particularly necessary for the website to function and is used specifically to collect user personal data via analytics, ads, other embedded contents are termed as non-necessary cookies. It is mandatory to procure user consent prior to running these cookies on your website.
SAVE & ACCEPT